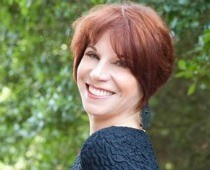 Diane started taking lessons at age 27, and began teaching one year later. She started competing as a professional at age 37 in various styles, and specialized in International Style. She took her certification exams even before she started competing because she wanted to feel qualified as a teacher, and certification guarantees that standard. She taught at various dance studios in the San Francisco Bay Area until she opened her own studio called the San Francisco School of Ballroom Dancing in the Mission District in 1986. She later opened a dance studio called the Metronome Ballroom in the Potrero District in 1991.

Diane said she “experimented with what the industry was doing at the time in terms of offering free training programs for people to become dance teachers.” However, she found this teaching method to be unsuccessful because people were not invested in the training.” As she said, “If you don’t invest something, there’s really nothing at stake.”

After realizing that the traditional free training program was not working, in 1991, Diane devised a new model called the Ballroom Dance Teachers College, which was geared towards “anyone who wanted to explore the opportunity to become a trained dance teacher.”

It is an intensive program that meets once or twice a week. The program attracts people who work in other fields but would like to change careers. Not surprisingly, those who enroll in the College take the coursework seriously.

While ballroom dancing is fun, it is similar to learning a foreign language. In order to become completely trained, you must have “a specific vocabulary and clarity about the way you speak,” says Diane.

Diane’s desire to have a greater impact on developing teachers resulted in her decision to sell the Metronome in 2002, and focus on the Ballroom Dance Teachers College. The program was developed into a format called BDTC in a Box so that people all over the world could use the curriculum.

Ballroom dance teachers and students throughout the United States and from such countries as Canada, India, Trinidad and Tobago, and Argentina, are currently benefiting from Diane’s teacher training program.